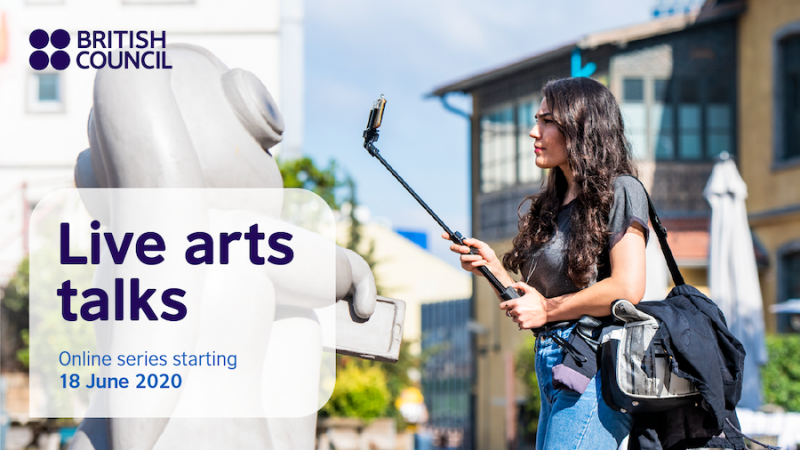 Meet successful artists to learn everything about arts projects and careers in Azerbaijan!

Our LIVE arts talks will introduce the participants to  successful artists, musicians, filmmakers, crafts and cultural heritage practitioners in Azerbaijan, who will share their advice and experience on kickstarting your own arts projects and careers. This is a part of our live arts series, which will explore the transformative power of the UK arts and culture to develop creative expression and enterprise, creating a more connected, sustainable and inclusive society in Azerbaijan.

Natig Ismayil is an electronic music entrepreneur and one of the founders of companies such as iN Club, CHAIN ​​Agency and Sektoreight. Last year, iN brought more than 45 electronic music artists to Azerbaijan, including three musicians from the United Kingdom. iN is also a movement that works with young and talented DJs and producers - this year they launched live music podcasts and also launched the iN Records producer label to distribute music in the modern electronic genre.

He started his career in 1999 with hip-hop. In 2002, he became interested in DJ / Producing and decided to write his first beats, and later turned to electronic music. His passion for music led him to radio in 2005 and he still works in radio. Various music programs authored by Bazaur are broadcast on the radio. One of them is the radio show "NEED for MiX" dedicated to the electronic music industry. For many years it was broadcast as a podcast on radio and Internet resources. The program regularly included interviews with various DJs and producers in Azerbaijan. The goal was to support and contribute to Azerbaijan's electronic music industry. Since 2017, he has been the host of the popular British radio “Selector” show in Azerbaijan. So far, he has performed on various stages, concerts and music festivals. He has his own tracks. He tries himself in different genres by writing in different styles. He has also been interested in “Finger drumming” in recent years and has been performing live. He also lectures at universities in the field of radio broadcasting and radio journalism.